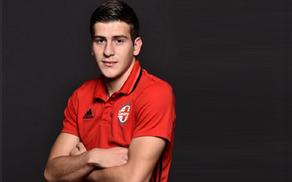 The 22-year-old left-footed player is moving from reigning Georgian champions Dinamo Tbilisi to Lavanttal, where he signed a two-year contract plus an option for another year.

Lochoshvili, who can also be left-wing, played ten games for Dinamo Tbilisi in the current Georgian championship and was also on the field in the Champions League's qualifying match against Tirana.

He went through the youth department of Dinamo Tbilisi before moving to Dynamo Kyiv. He was loaned to the Slovak club MSK Zilina and returned to Ukraine after one season.

In January 2020, the defensive man moved to Dinamo Tbilisi in the Georgian league on a free transfer.