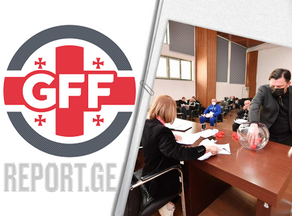 For the first time in history, the second division of the Georgian National Women's League will take place. Eight teams will participate in Women's League 2, and the tournament will start on April 25.

They will play in Women's League 2 according to the results of the 2020 season - Khashuri "Iveria," Sokhumi "Dinamo," Akhaltsikhe "Zarzma," Mtskheta "Didgori" and "Tusheti" will compete in the new season under the changed name. Akhmeta team will be presented to the fans as "Bakhtrioni" from 2021. From the 2021 season, Women's League 2 has three debutants, Sachkhere "Storm," Zugdidi "Phoenix," and Ambrolauri "Racha 2020".

The draw of the 2021 season of the Women's League 2 was held at the Georgian Football Federation.

The one who takes first place in Women's League 2 will be promoted. The second place will play in the playoffs and will face seventh place in the Women's League to move to the top league.