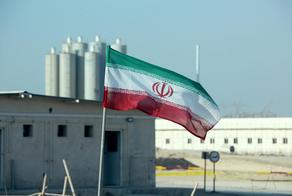 In a statement issued on Sunday, the public relations office of the Quds Regional Headquarters of the Islamic Revolutionary Guard Corps (IRGC) said that in a terrorist attack that took place Sunday at 9:30 a.m local time in one of the squares in Saravan in Sistan and Baluchistan, southeast Iran, 1 killed and three others wounded.

One of the injured in this incident was a woman, the statement added.