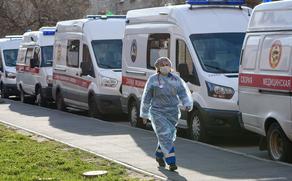 The operational headquarters set up by the Russian Federation to combat the spread revealed the information.

In the last 24 hours, the number of infected people increased by 10,899 and reached 232,243, surpassing Italy and the United Kingdom. Now the country ranks third in the world after the United States and Spain.