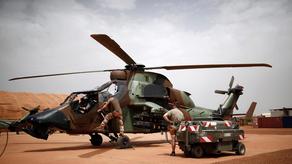 Two helicopters crashed into each other midair resulting in the death of 13 French soldiers fighting against Islamic extremists in Mali. Emmanuel Macron, the President of France released a statement

Macron expressed his support for the French military and noted the importance of the courage of the French soldiers fighting the persistent Islamic threat in the Sahel region.

Among the dead are six officers, six non-commissioned officers and a senior corporal of the French army.