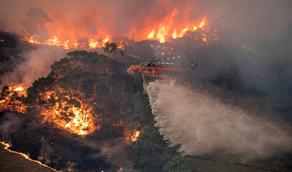 An internet campaign was launched to raise finance for firefight service in Australia. The campaign managed to raise $20 million in 48 hours.

An Australian comedian, Celeste Barber, initiated the campaign summoning the world to support the Australian bushfire extinguishing. The comedian’s family was forced by fire to leave the house in Eden, the city of the new South Wales State

A considerable number of people responded to the campaign, including the American singer, Pink, and Actor, Nicole Kidman.

The bushfire in Australia started in September, killing 24 people and destroying over 1500 houses, and 5 million hectares of wood. Around a half-billions of animals are also the victims of the wildfire.

There are over 200 fire areas in Australia at the moment.