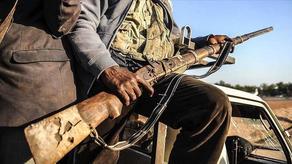 Twenty-five people were kidnapped, and several others were wounded when shooters on motorcycles attacked an area in Niger state in central Nigeria, Anadolu Agency reports.

Police spokesman Wasiu Abiodun said security forces were sent to the Shiroro and Rafi areas of the region.

There are often violent clashes between Fulanis engaged in animal husbandry and tribes involved in farming.

Fulanis, who migrated to southern Nigeria to graze livestock, claim farmers have tried to steal their cattle and attacked tribe members.