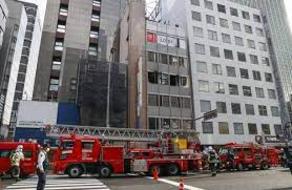 A fire in the Japanese city of Osaka has injured at least 28 people. According to Report.ge, the information is spread by Kyodo.

The condition of 27 people is described as "cardiac and pulmonary arrest." In Japan, this is how information is spread about people whose death has not yet been determined by a doctor authorized by a special procedure.

The fire broke out in the city's shopping district, on the fourth floor of an office building. The building houses a clinic, an English language school, a beauty salon, and several offices.

According to preliminary data, up to 20 people were unable to exit the floor.

More than 30 firefighters are working at the scene. By this time, the fire was completely extinguished.