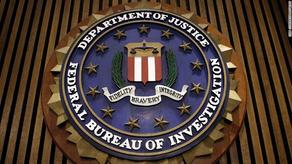 Thirty-three missing children were recovered this month in an anti-human trafficking operation led by the FBI's Los Angeles field office, the bureau said in a statement Friday, CNN says.

Of the 33 children recovered during "Operation Lost Angels," eight were being sexually exploited at the time of their recovery, the FBI said. The operation began on January 11.

Two children were recovered multiple times during the operation, the FBI said, noting it's not uncommon for rescued victims to return to commercial sex trafficking "either voluntarily or by force, fraud, or coercion."

Some of the other victims located during the operation were sexually exploited in the past and were considered vulnerable missing children, the statement said.

One suspected human trafficker faces state charges due to the operation, and several other investigations were opened, the FBI said.