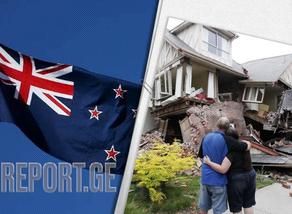 An earthquake of 6.3 magnitudes hit the coast of New Zealand, the US Geological Survey reports.

The earthquake was detected at 00:16 local time.

The epicenter of the tremors was located 181 kilometers from the city of Gisborne. The outbreak was located at a depth of nine kilometers.

Earlier, on March 5, four strong earthquakes in a row occurred in New Zealand.