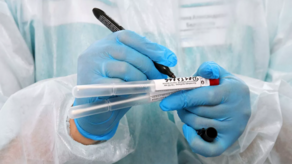 The death toll from COVID-19 increased by 72 during 24 hours in Russia, reaching 867. The operational headquarters set up by the country to combat the spread of coronaviruses announced information about the new numbers.

During the last 24 hours, the number of infected people increased by 6,411 and reached 93,558. According to the headquarters, more than half of the new cases have no symptoms.