9,268 more people infected in one day in Russia 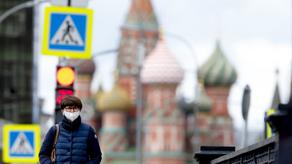 The death toll of COVID-infected patients for one day is 138 in Russia, while the total number of fatalities is 4,693, reports the Operation Center at the Russian Federation's government.

Sixty-nine people have died from the virus in Moscow, twenty-five in its suburbs, thirteen – in Saint Petersburg, nine in Dagestan, five in the Nizhniy Novgorod region.

Russia has shifted to third place by the number of infected people. One hundred seventy-one thousand eight hundred eighty-three patients have defeated the disease.