About 100 people injured as train derails in Egypt 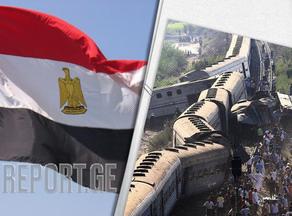 Two security sources and local media reported that several people had been killed in the accident, but there was no official confirmation.

Officials did not respond immediately to requests for comment.

The train was heading from Cairo to the Nile Delta city of Mansoura and derailed at 13.54 local time (11:54 GMT), about 40 kilometres north of Cairo, Egyptian National Railways said in a short statement.

The cause of the accident is being investigated, it added.

More than 50 ambulances took the injured to three hospitals in the province, the health ministry said.