Act of terror in Yemen 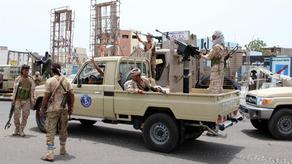 As reported by BBC, a minimum of five people killed by the explosion in a terror attack during the military parade in South Yemen.

The attack occurred at the end of the march, during the awarding ceremony of the military school graduates. Based on the media information, around 30 people got injuries.

The government allegedly reports the act to be organized by Husits. Nevertheless, none of the organizations has taken responsibility for the act.