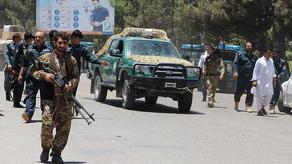 Taryk Arjen, the spokesperson for the Afghan Interior Ministry, said that an explosive device had been put on the vehicle's route in the Pallial region.

The Afghan authorities accuse the Taliban of the attack.

However, no one has yet claimed responsibility for the attack.