After the helicopter crash in Madagascar, the minister swam in the sea for 12 hours 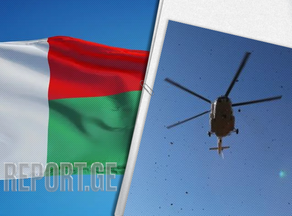 The Madagascar Police Minister swam for almost 12 hours to reach the coast after his helicopter crashed into the sea. The BBC spreads the information.

Another security guard, who was flying with him by helicopter, also survived. The pilot and another soldier who was on board have not been found so far.

The helicopter with the minister was heading to the northeast coast of the island for a rescue operation, where a cargo ship sank, killing several dozen people.

The death toll from the sinking of a cargo ship off the coast of Madagascar has risen to 64.

On December 21, the cargo ship Francia, carrying 130 illegal passengers, sank off the northeast coast of Madagascar.

The ship left the town of Antanambe and headed for the port of Soanierana - Ivongo.

However, since the ship is registered as cargo, it was prohibited from carrying passengers.