Airplane wing struck home during crash that killed 3 on board 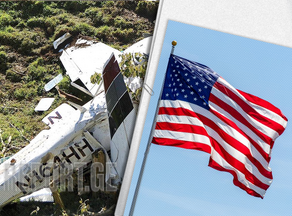 Three people were killed Friday when their single-engine plane crashed into a ravine shortly after takeoff in Gainesville, Georgia, CNN reports.

The flight was headed to Daytona Beach, Florida, he said.

Gainesville is about 60 miles northeast of Atlanta and the county seat of Hall County.