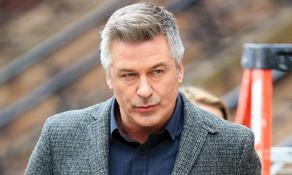 The incident happened during filming. There should have been fake bullets in the gun.

The director of the film is injured, in critical condition.

The sheriff's office says Baldwin has not yet been charged.

However, it is unknown why real bullets were found in the gun and why Baldwin fired at the director and cameraman.

Western "Rust" was being filmed in New Mexico. Alec Baldwin starred in the film and was also the producer.