Ali Asadov: We are not at war with the Armenian nation 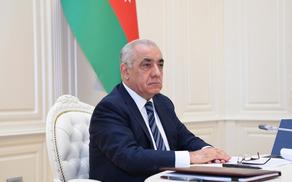 "We are not at war with the Armenian nation. Our only goal is to restore Azerbaijan's territorial integrity and establish lasting peace and security in the region," said Ali Asadov, the Prime Minister of Azerbaijan, at a meeting of the Heads of Government of the CIS countries.

Asadov said that the Azerbaijani side has repeatedly stated that after the restoration of territorial integrity, the Azerbaijani and Armenian communities in Nagorno-Karabakh should live in peace.

"Azerbaijan has never claimed another's land but only plans to restore its territorial integrity," Asadov said.