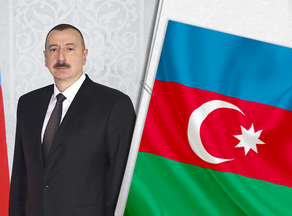 "We had one meeting; it was held earlier this year at the invitation of Russian President Vladimir Putin in a tripartite format. I am ready to meet with Mr. Pashinyan when he is ready," the President of Azerbaijan Ilham Aliyev said in an interview with the Spanish news agency EFE.

He said that Azerbaijan "wants to establish normal relations with Armenia, which will be based on the recognition of the territorial integrity of both countries."

"I'm ready for this discussion, and I believe it could be a good indicator of the end of the war and new chapter. This is very important. Because we still hear and see statements demonstrating the attempts to re-seize the lands we own. Therefore, the serious will of the Armenian government, and not just words and statements, must become a true demonstration that the war is over and we are moving towards a peaceful period," noted the President.

According to Aliyev, they are ready to start delimiting the borders immediately and, of course, their demarcation after the completion of this process.

"We have also announced our readiness to start working on a future peace agreement with Armenia," he said.