An Al-Qaeda terrorist detained in the USA 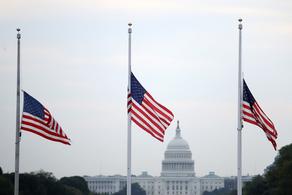 The USA government detained an Arizona citizen, accused of leading one of the Al-Qaeda terror groups. The US Ministry of Justice spreads the news.

According to the information, forty-two-year-old Ahmed Ali Jusuf Al-Nuri was arrested after the Iraqi government had requested his extradition.

According to the information provided by Iraq to the government of the USA, Ahmed was the leader of the terror group, planning the acts against the Iraqi police. Allegedly, he participated in killing the policemen in June and October of 2006. Based on the information of the Ministry of Justice, the US State Department to make the final decision on the extradition of the accused.