An American military base bombed in Iraq 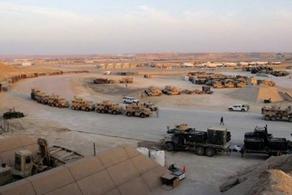 At least four Iraqi soldiers were wounded after rockets struck the Balad airbase north of Iraq housing US forces.

Only a limited number of USA air force and contractors remained in the base. Most of the contingent was evacuated due to the latest tension in the region. The airbase is 50 km norther from Bagdad.