An armed group to kill 30 people in Mali 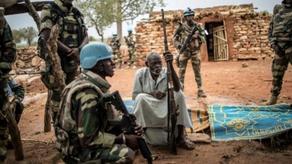 Thirty people, including nine military men, are killed by an armed group in Mali. BBC to spread information.

The armed fighters have attacked a Muslim settlement of Ogusagu, in Central Mali, and killed twenty-one villagers, eight military men in the Gao region, and one more citizen were killed in the military base in the city of Mondoro.

None of the radical militia groups has claimed responsibility yet.