Another deadly disease spreading in India 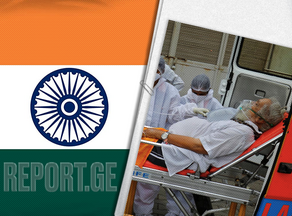 After black and white, there is an explosion of "yellow fungi" in India. Cases of infection have been reported in the city of Ghaziabad, The Economic Times reports.

Otorhinolaryngologist, B.P. Tyagi revealed the information about the first person infected with the disease.

The doctor explained that usually, the disease only spreads to reptiles, and for the first time in the history of his practice, it passed on to humans.

An infected person has an appetite problem, feels weakness and fatigue.

The patient also has "white fungi" disease, and currently, the condition is assessed as unsatisfactory.