Another "prophecy" of The Simpsons 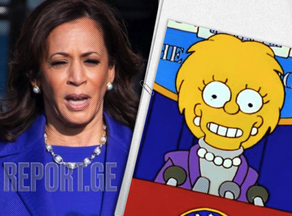 The animated TV show The Simpsons once again justified the reputation of having "prophecies." This time, during the inauguration of Joe Biden, the attire of the US Vice President, Kamala Harris, attracted attention.

In the same episode of The Simpsons, where Donald Trump was elected president, after him, Lisa Simpson takes office, and although the positions of vice president and the president are different, the attire of Kamala Harris and Lisa are very similar.

This fact convinced the loyal viewers of the show once again that everything that happens in The Simpsons will become a reality in the future.