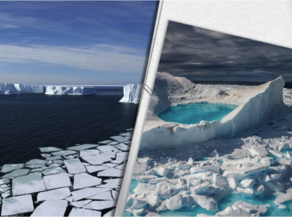 Researchers at University College London have found that ice on the Arctic coast is thinning twice as fast as previously thought. The thickness of sea ice is measured by the height of the ice on the surface of the water, France 24 reports.

According to the study, the rate of ice melting in coastal areas is 70 to 100 percent higher than the rate previously set.

The researchers made such a conclusion after using new technologies and modern maps.

These results will allow scientists to determine the overall rate of ice thickness reduction, as well as its variability from year to year.