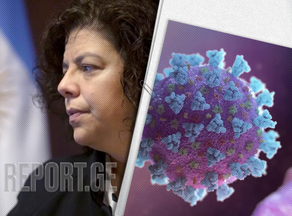 Argentina’s newly appointed health minister Carla Vizzotti said on Friday she had tested positive for COVID-19, one week after her predecesor resigned following reports that VIPs in the South American nation had jumped the line to receive vaccination shots early, Reuters reports.

Vizzotti, who replaced former minister Ginés González García, said on social media she would quarantine for several days as she recovers from the illness. President Alberto Fernandez´s chief of staff Santiago Cafiero said he too would quarantine as a precaution after recent meetings with Vizzotti.

Argentines have been growing more frustrated with a slow-moving vaccination program wrought with scandal. Since December, Argentina has been using primarily Russia’s Sputnik V vaccine to inoculate frontline health workers, and deliveries have lagged far behind initial projections.