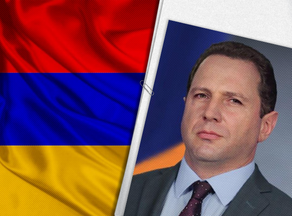 According to media reports, the government wants to appoint Vagharshak Harutiunyan as Defense Minister, who is now an adviser to the Prime Minister of Armenia.

"According to our information, Tonoyan will be replaced by Vagharshak Harutiunyan, Chief Advisor to the Prime Minister of Armenia, who was the Minister of Defense in 1999-2000," Armenian media reported.

It is noteworthy that staff changes are taking place in the Armenian government in the last few days. The heads of the Armenian Ministry of Foreign Affairs and Emergency Situations - Zohrab Mnatsakanyan and Felix Tsolakyan, have already resigned.

The Prime Minister of Armenia, Nikol Pashinyan, has announced a change of 80% of the government.