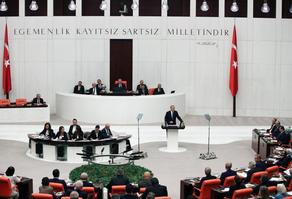 On 31 March, the Armenian Parliament adopted the Draft Bill on The State of Emergency and Electronic Communications, envisaging monitoring people's telephone conversations.

The draft bill envisages monitoring citizens' movement, with the data collected in a universal database. Citizens will have to download a special application approved by the government.

In the case of a citizen being infected, contacts will be traced immediately, will all individuals having communicated with the infected citizen determined. Allegedly, phone calls will not be recorded, and data will be deleted after the state of emergency ends.