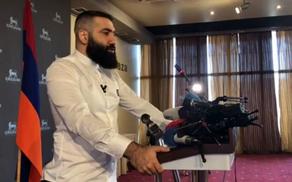 Onlookers released a video showing the arrest on social media.