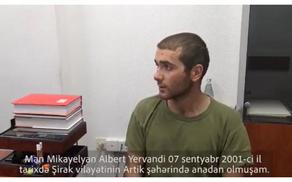 "Kurdish mercenaries are fighting in the ranks of the Armenian Armed Forces and training Armenian servicemen," according to the Azerbaijani media, one of the Armenian soldiers captured during the hostilities confessed.

He said 1 500 people served in the anti-tank platoon, including mercenaries of Kurdish descent.

"The mercenaries were receiving $ 600 a month, and they only spoke their language. The mercenaries, who numbered 10-15 people, were studying the local conditions and preparing for battle," the soldier said.