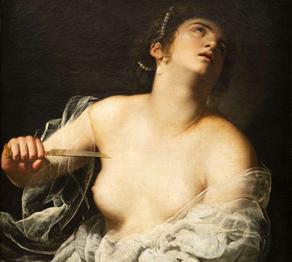 The painting "Lucretia" depicts the ancient Roman noblewoman who killed herself after being raped, showing her bare-breasted and about to plunge a dagger into her chest.

It was discovered only recently, in a private collection in the southeastern French city of Lyon, where it had been stored unrecognised for some 40 years.

After a "long bidding battle" over the telephone, the painting was sold in Paris for 4,777,000 euros to a European collector, the French auction house said.

It nearly doubled the previous record for her work - 2.8 million euros for a painting of Saint Catherine sold in Paris in 2017, reports The Local Italy.