AstraZeneca vaccine creator awarded with the title of Knight 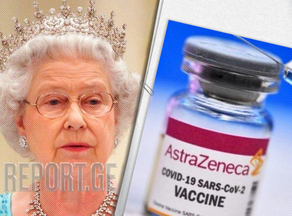 Queen Elizabeth II of the United Kingdom has awarded the title of Knight to three scientists involved in the development of the AstraZeneca vaccine.

According to the press service of the British government, the honorary title was awarded to Professor Andrew Pollard of the University of Oxford, Kate Bingham, head of the vaccination working group, and Sarah Gilbert, a professor at the Jenner Institute.

The Queen awarded several scientists involved in developing the vaccine with the Order of the British Empire.