Australian naval police officer was eaten by a shark 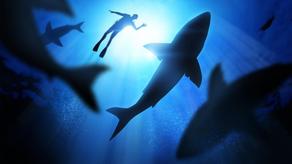 A shark ate a man swimming in the south-west of the open ocean. The accident occurred at Kulin island. Allegedly, the man was a swimmer and a naval police officer. There are no official comments the law enforcers since, according to the regulations, they must look for the body in the neighboring territory during the next several days.

There was a woman together with the man in the sea. She was on the boat when the accident happened. She is shocked by this accident and is placed at the local clinic, unable to communicate, as a result of the stress.

Australia is known to be place with the high indicators of sharks attacking people. The cases usually are not fatal. The last tragedy of this kind occurred in 2017.