Austria to test everyone for coronavirus 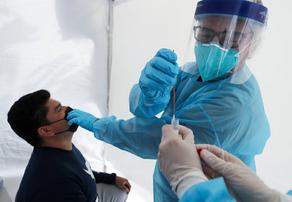 Austria plans to take a cue from neighboring Slovakia’s mass-testing of the entire population in December, its chancellor said, Bloomberg reports.

Germany will have to live with “considerable restrictions” against the coronavirus's spread for at least the next four to five months, Economic Minister Peter Altmaier said. European Union antitrust commissioner Margrethe Vestager is in quarantine, while Greece banned public gatherings of four or more people during its annual mid-November festivities.

States across the U.S. are tightening rules to stem Covid-19. Since August, California reported the most cases a day after joining Oregon and Washington in an appeal for arriving travelers to quarantine. Elon Musk said he “most likely” has a moderate case of Covid-19.