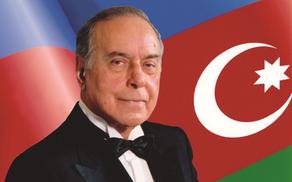 On this day, Heydar Aliyev returned to power for the second time, as he got elected as the chairperson of the Supreme Council of the Republic.

In the strategy developed by Heydar Aliyev, along with the declaration of independence, the main directions were to maintain and develop sovereignty. Heydar Aliyev created the National Concept of the Statehood of Azerbaijan, which restored social and political stability in the shortest possible time.

On June 20, 1993, Heydar Aliyev held a briefing for local and foreign journalists, while on June 21, he met with diplomats from several countries. Heydar Aliyev's policy pulled the Republic out of the information blockade.

In 1997, lawmakers initiated to declare June 15, the Day of National Salvation. The Milli Majlis supported the initiative.