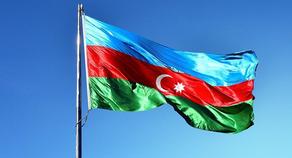 The Russian Empire collapsed during the February Revolution of 1917. The national movement of the peoples that were oppressed by the Tsarist state in the country began. On May 28, 1918, the Azerbaijan Democratic Republic was founded, which lasted until 1920. Azerbaijan was the first democratic state in the Muslim East.

For the first time, women's right to vote was recognized, equality between women and men was ensured, a national army, a national currency, a national bank got established, economic reforms were carried out, and so on.

After the collapse of the Soviet Empire in 1991, Azerbaijan declared independence again.

The Republic Day, one of the national holidays of Azerbaijan, is celebrated for the first time in 30 years in the lands liberated from occupation.