Azerbaijan considers resolution of French Senate on Karabakh a provocation 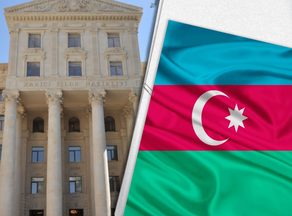 "The resolution adopted by the French Senate on Nagorno-Karabakh can be considered only a provocation," the Azerbaijani Foreign Ministry said.

"It seems that French Armenians are widely using the topic of conflict for pre-election purposes.

We want to emphasize that the resolution adopted by France has no legal force. However, given the political significance of this document, its adoption by a country with a mediator status casts doubt on its neutrality. It also undermines France's reputation as a fair mediator in Azerbaijani society," the statement said.

Yesterday the French Senate passed a resolution calling on the authorities to recognize the independence of Nagorno-Karabakh. However, experts explain that the resolution is recommendatory, and the executive is not obliged to implement it.