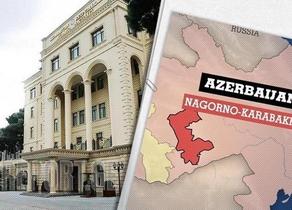 "Armenian soldier detained yesterday for invading Azerbaijani territory was handed over to Armenian side," the statement came the Ministry of Defense of Azerbaijan.

"As a result of additional investigations, it has been found out that a serviceman of the Armenian armed forces Artur Kartanyan, detained on June 8, 2021, in the territory of the Lachin region of the Armenian-Azerbaijani state border, penetrated the territory of Azerbaijan, not for the purpose of committing a provocation. Taking into consideration the above-mentioned, Kartanyan was returned to the Armenian side," the ministry said in a statement.

According to them, the move by Azerbaijan to ensure the return is another manifestation of the humane nature of the Azerbaijani side.