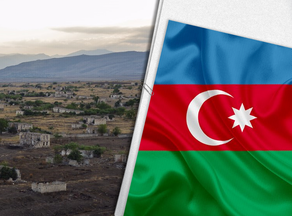 The Azerbaijani community of the Nagorno-Karabakh region of Azerbaijan has addressed an appeal to international organizations regarding the military-political crimes committed by the Armenian armed forces on the line of contact.

The community brought to the attention of international organizations the facts of civilians' shelling from the occupied territories of Azerbaijan on the line of contact, resulting in civilian casualties, the destruction of houses and apartment buildings.

The document also states that private farms belonging to the Azerbaijani civilian population were damaged due to fire opened by the Armenian armed forces.

Azerbaijani community of the Nagorno-Karabakh region of Azerbaijan, considering the documents adopted by influential international organizations on the Armenian-Azerbaijani conflict settlement, said Armenia had not created an opportunity to implement these documents.