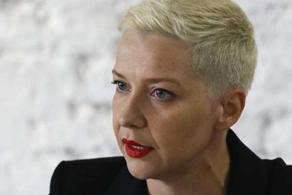 The Investigative Committee of Belarus - the country's security services - released the information on their official Telegram channel.

Kolesnikova was taken into custody last week following an incident at Belarus's border with Ukraine where she reportedly tore her passport up to avoid being exiled from the country.