Belorussia celebrates May 9 holiday amid the epidemic 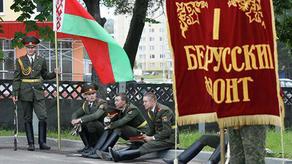 The President of Belorussia, Alexander Lukashenko, declared the cancellation of the May 9 parade inapplicable since it is a profoundly emotional and ideological topic. Reportedly, the parade will take place despite the coronavirus epidemic.

Lukashenko also mentioned that the war participants were suffering viruses and other diseases, though the main thing of their concern was the lives of other people. The President considers it right to pay tribute to the memory of the people who died in the war. He also mentioned that participation in the parade depends on the free-will of people.