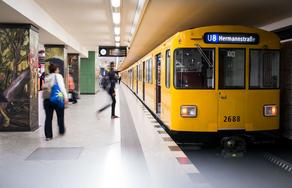 Germany's capital Berlin joined several federal states in announcing Tuesday that it will make protective masks compulsory on public transport, in a bid to halt contagion of the novel coronavirus.

Following similar announcements from states including Baden-Württemberg, Hamburg and Hesse, Berlin mayor Michael Müller told reporters that "to be able to protect people" in trains, buses and trams, his city government intended to make "protection of the nose and mouth compulsory from April 27th".

All types of masks are allowed, including homemade ones. Other types of face coverings such as scarves are also acceptable as long as they cover the nose and mouth, the Berliner Morgenpost reported Tuesday.

The Berlin government strongly recommends that people wear masks when in shops – but it will not be an obligation to wear one in this setting.