Biden plans to run for a second term 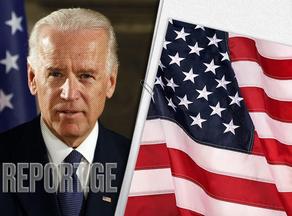 The current head of the White House, Joe Biden, has announced his readiness to run again in the 2024 US presidential election. According to Report.ge, Biden said this in an exclusive interview with ABC.

The reporter asked the President, "Are you planning to run again?" "Yes," Biden replied.

"I really respect fate. Fate has interfered many times in my life. If I am as healthy as I am now, I will run again," he said.

The journalist noted that the next election might be revenge, as former President Donald Trump is also going to run.

"Of course. Why should I not run against Donald Trump? It will strengthen the prospect of my running in the election," Biden said.