Bill Gates regained the title of the World Richest man 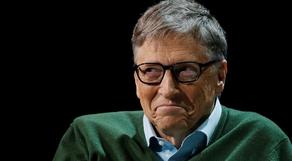 Bill Gates once more surpassed Jeff Bezos, the founder of Amazon, in the rating of billionaires. The data is provided by Bloomberg. According to the Agency information, as a result of the last two-day trade the property of Microsoft founder reached 110 billion dollars. It is the first time during the last two years that Gates surpassed Bezos in the rating of the richest people.

One of the main reasons of Microsoft success is a USD 10-billion contract from the Ministry of Defense of the United States of America signed during the last days. The company stocks raised by 4% as a result.