Blinken discusses events in Ukraine with Stoltenberg and Elizabeth Truss 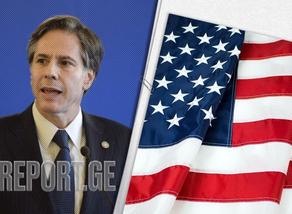 Antony Blinken, the United States Secretary of State, discussed the situation with Ukraine in a telephone conversation with NATO Secretary-General Jens Stoltenberg and United Kingdom Secretary of State Elizabeth Truss. According to Report.ge, the information is spread by the State Department.

"Blinken agreed on the importance of coordinated support between allies and partners in order to inflict heavy consequences and losses on the Kremlin if the Russian side uses aggression against Ukraine," the statement said.

According to the agency, in a conversation with the NATO Secretary-General, the sides discussed the bilateral approach of the North Atlantic Alliance towards Russia and noted that NATO is ready for substantive dialogue with Russia, but at the same time maintains unity in defending the allies.