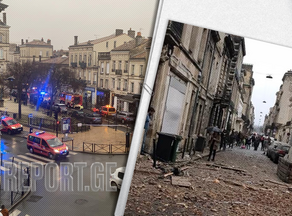 Bordeaux heavy blast toll has increased to ten. One of the injured is an 89-year-old woman, being in critical condition.

No reports about injured and loss are available currently.