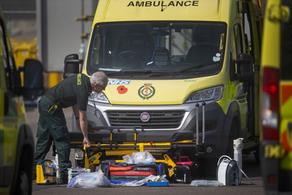 Another 329 people have died of coronavirus in hospitals in England, it has been announced.

NHS England announced that 87 people in London were among the 329 to have died after testing positive for Covid-19 in hospitals, bringing the total hospital deaths in England to 18,749, according to figures released Monday afternoon, April 27.