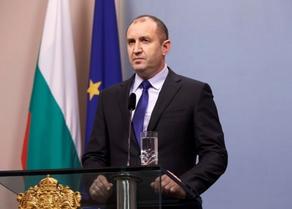 Bulgarian President, Rumen Radev, calls on the Prime Minister and the rightists to resign and thus support to relax the tension and neutralize the protests in the country.

The protests are taking place for several weeks. Protesters are accusing the procurators and the government in overrunning the investigation of corruption facts.

The President considers the only way to relax the political tenseness is the resignation of the rightist government and the solicitor general.

Radev, elected in 2016 from the Socialist party, criticized the Prime Minister, Boyko Borisov, and the rightist central government. He kept on criticizing them in corruption, injustice, and suppression of the freedom of speech.