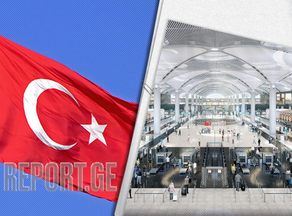 According to Bloomberg, Heathrow moved from first place to third as passenger traffic fell by 73 percent in 2020. If in 2019 almost 81 million people used the services of this airport, in the previous year, it was only 22.1 million, which was caused by a coronavirus pandemic. The airport was also negatively affected by the new strain of COVID-19 in the UK.